Huffington Post: Female genital mutilation ranks as one of the worst manifestations of gender inequality. 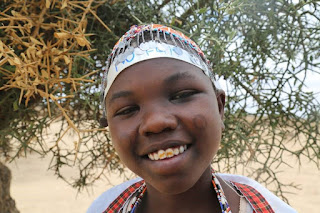 On Feb. 6, 2017, the world observed the 14th International Day of Zero Tolerance for Female Genital Mutilation (FGM).
Consider this: Approximately 200 million girls and women alive today have undergone some form of FGM, globally.
One cannot but despair at the indolent pace towards elimination of one of the most brutal cultural norms, a practice that continues to hold women and a nation’s development back.
While Kenya must be applauded for having brought down the national FGM prevalence from 32 percent to 21 percent in the last 12 years, there are still some communities where about nine in 10 girls are needlessly mutilated, often forced to leave school and into early marriage.
An often-unnoticed reality is that the effects of FGM go far beyond the negative physical and psychosocial consequences. The social and economic damage done to entire countries has only started to be realized.
In 2015, the Sustainable Development Goals (SDGs) recognized the close connection between FGM, gender inequality and development, urging global action to end FGM by 2030.
Last year, UNDP’s Africa Human Development Report estimated that gender inequality is costing sub-Saharan Africa six percent of its GDP leading to around US$ 95 billion in lost revenue.
The government of Kenya is demonstrating commendable determination to eliminate the practice. Increased resources to the national Anti-FGM Board have resulted in good progress towards implementing the Prohibition of the FGM Act and tangible strides are being made to find alternative rites of passage, as explained in the photo above.
My take:

The images from the recent gas attack in Syria, where over 80 people, including babies in diapers, can be seen painfully gasping for air before dying, are heartbreaking. These are a graphic illustration of our collective failure to protect children from cruel and inhuman treatment. President Donald Trump correctly called it an “affront to humanity”. The United Nations Secretary General, Mr Antonio Guterres has described Syria as one of the worst conflicts of our time. But what happened in Syria was not a one-off. Everyday millions of children around the world are caught up in crises and disasters, many of man’s own making.