Showing posts from August, 2016
Show all

Reuters: Youth key to the success of the SDGs in Kenya 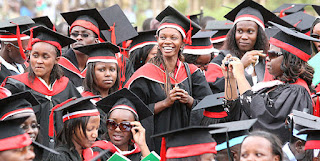 Consider this: in 1956 Sweden and Kenya’s population was roughly at 7 million. Today Sweden has about 9.8 million, while there are about 44 million Kenyans. Fertility levels are declining gradually and Kenyans are living longer. It is estimated that there will be 85 million people in Kenya by 2050, with three quarters of these being below 35 years.  While Kenya’s median age is 19, Sweden’s is 42. Kenya’s mushrooming population presents an extraordinary opportunity and several challenges. The opportunity lies in the potential for a so-called demographic dividend of sustained rapid economic growth in the coming decades.There is reason for optimism that Kenya can benefit from a demographic dividend within 15 to 20 years. It is estimated that Kenya’s working age population will grow to 73 percent by year 2050, potentially bolstering the country’s GDP per capita 12 times higher than the present, with nearly 90 percent of the working age in employment. (NCPD Policy Brief: Demogra
Post a Comment
Read more 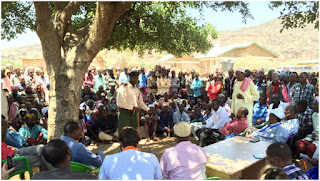 In the words of  Michael Porter ; “for too long have business and society been pitted against each other”. The PSHP is showing the way in how different sectors with separate mission statements can be galvanized to find intersections in solving social problems. For long, suspicions about the private sector’s motives have created a wedge, preventing social programmes from accessing the knowledge, ideas, capabilities and resources that abound in private companies. Shared value propositions will enable different sectors to leverage each other’s assets, connections, creativity and expertise to achieve mutually beneficial outcomes. We must continue finding new and creative ways to increase collaboration between government, the private sector and non-profits if we hope to reach Sustainable Development Goals. Here is a perspective:  http://www.huffingtonpost.com/siddharth-chatterjee/kenyas-health-sector-chal_b_11503202.html
Post a Comment
Read more 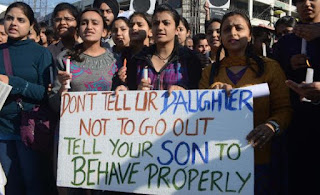 India, a country best-known for its rising economic might,  is the worst place to be a woman . On Sunday, 25 July 2016, an  Israeli woman was gang raped  in Manali, India. The incident is a gruesome reminder of the uncomfortable truth that India is not prepared to deal with the deluge of crimes perpetrated against women daily -  a woman is raped every 22 minutes. Consider this. Reports emerged this month that a young woman was gang-raped by the same men who had raped her three years earlier in  Rohtak, Haryana in North India.  Frankly law enforcement authorities should be ashamed of themselves. That the criminals were free all along and had the temerity to repeat the crime on the same victim can only point to the abysmal failure by Indian law enforcers to deal with rape crimes. Clearly, the attackers’ decision to track the victim and repeat the crime was meant to thumb their noses at her family and authorities, fully aware that they would get away with it again.
Post a Comment
Read more
More posts
Visit profile