Reuters: From Barriers to Bridges: Transformation of the Ethiopia-Kenya Border Region 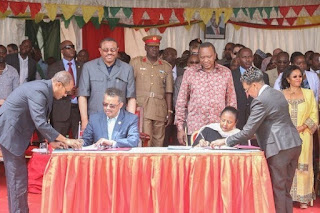 Consider this. The communities around the Kenya-Ethiopia border in Moyale-Borona area, have long been associated with internecine violence, extreme poverty, and environmental stress. These have led to disastrous societal consequences, including displacement, criminality and violent extremism.
The 2012-2013 intercommunal clashes in Moyale town, claimed the lives of over 200 people, destroyed thousands of properties, including schools and other social amenities. The region has been viewed as largely peripheral, both economically and politically, and therefore attracted limited public and private resources.
However, an innovative, comprehensive and integrated cross-border programme initiated by the Kenyan and Ethiopian governments, in partnership with the Intergovernmental Authority on Development (IGAD) and the United Nations (UN) is changing this narrative.
During the recent visit to Kenya by the UN Secretary-General, António Guterres, President Uhuru Kenyatta specifically mentioned, the Kenya-Ethiopia cross-border programme and noted the importance of this innovative area-based development programme, which he said has the potential of being replicated elsewhere.
My take:

"Image of a 'stone pelter' tied in front of a jeep as a 'human shield',will 4 ever haunt the Indian Army & the nation!" Indian Army's Lieutenent General HS Panag, PVSM, AVSM, (Retd) via twitter.
The recent image of a young Kashmiri man tied to an Army jeep as a human shield was heartbreaking to see. This is not the Army I know.
I am an Indian Army veteran having served in the Special Forces. I have been in combat and have been decorated for gallantry.
That image is contrary to what the Indian Army personifies. The Indian Army is a fine institution to which I owe my foundation to.
Countless cheer leaders and trolls have taken to twitter to insult and abuse military veterans who have objected to the way the Kashmiri man was treated.
One of India's highly regarded retired military generals, Lt Gen HS Panag was humiliated on twitter for having responded to this human rights violation in Kashmir.
abhijeet‏Verified account@abhijeetsingerApr 16
More abhijeet…
Read more 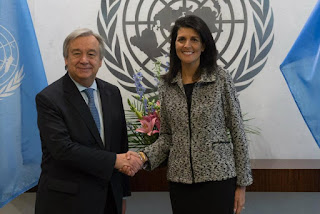 Consider this. Nimrata Nikki Randhawa, is the daughter of Sikh immigrants from India. Her parents, father Ajit Singh Randhawa and mother Raj Kaur Randhawa, hail from Amritsar District, Punjab, India. While Nimrata Nikki Randhawa may not ring a bell, Nikki Haley certainly will. She is married to Michael Haley a U.S. Army Officer and an Afghanistan veteran. Yes, Nikki Haley is Nimrata Nikki Randhawa who went on to become the first female Indian-American governor of South Carolina. Today, Haley is the United States’ Ambassador to the United Nations in New York, a cabinet level position and is the first Indian-American selected to join the new US administration. My take: