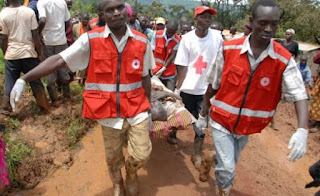 The concept of “health as a bridge for peace” may be resonating in this county, which has seen the scourge of internecine conflicts and cross border attacks.
In her paper 'Health as Bridge for Peace' presented in Paris in 1997, Judith Large introduced the concept of health care as bridge for peace. In her typology of violence she coined the term structural violence. She argues that structural violence is not always synonymous with armed conflict.
“The nexus between effective health services and security is now becoming clearer. An adequate and equitable health care system gives an essential form of security and we are quite optimistic that this project is the beginning of a new narrative for communities here,” says Mandera County Governor Ali Roba.
According to WHO, it works even better when all actors get involved in post-war reconstruction. What happens is that health workers, a key pillar in delivering health programmes in conflict and post-conflict situations, contribute to peace-building initiatives.
My take:
http://news.trust.org/item/20160318171829-trbnc/